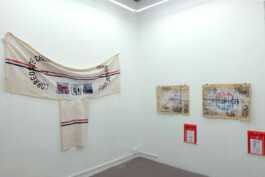 Donald McIntosh Kendall was an American political advisor, businessman and CEO of Pepsi Cola and its successor PepsiCo. In 1970, Kendall's advisory to Nixon prompted a high-level meeting with the Chilean publisher businessman Agustín Edwards Eastman, (owner of the newspaper “El Mercurio”, and of the Pepsi company's bottling company in Chile) with senior officials from the Nixon government, the security adviser Henry Kissinger and the director of the CIA, Richard Helms. This meeting sought to prevent the democratically elected government of the socialist Salvador Allende from taking possession or, failing that, to destabilize it until the overthrow of his government. In September 1973 Allende was overthrown by a Chilean army coup led by General Augusto Pinochet, who then conducted a brutal 17-year dictatorship in Chile.

Chile's 1988 national plebiscite was held on Wednesday, October 5, 1988. In application of the transitory provisions 20 and 29 of the 1980 Political Constitution, the referendum was held to decide whether or not Augusto Pinochet remained in power until March 11, 1997. The number of authorized voters rose up to 7,435,913 and from the total vote count, "Yes" obtained 43.01% and the "No", 54.71%. In accordance with the transitory provisions of the Constitution, the victory of the "No" would give way to the implementation of joint democratic elections for president and parliamentarians in 1989, which led both to the end of the dictatorship and to the beginning of a period called ‘transition to democracy’.

After a contractual dispute with PepsiCo, CCU (Chile’s largest beverage producer) lost the license to produce products of the American multinational in Chile on December 31, 1985 —an agreement that had been in place since 1959, which remained in the hands of BAESA (Buenos Aires Embotelladora S.A.). CCU decided to launch a new cola drink to replace Pepsi. Free began to be distributed in Chile on February 1st, 1986 through vending machines located in restaurants and soda fountains; finally, on February 12th, the national sale of the bottled beverage began. In 1994, BAESA was bought by CCU and thus recovered the license to produce Pepsi, with which Free disappeared from the market.

Free to Choose: A Personal Statement (1980) is a book and a ten-chapter television program broadcast on public television by economists Milton and Rose Friedman. Both the book and the series advocate the principles of the free market and make an economic analysis of politics by addressing the political system that runs parallel to the economic system.

Manuel Peralta (1972) is an artist and architect who lives and works in Santiago de Chile. His works have been exhibited among others in Galeria Patricia Ready, Museo de Arte Contemporáneo Chile, Architectural Biennial Chile, Barco Galeria, Metales Pesados and AA London. His work is included in the collection of the Contemporary Art Museum of Chile.